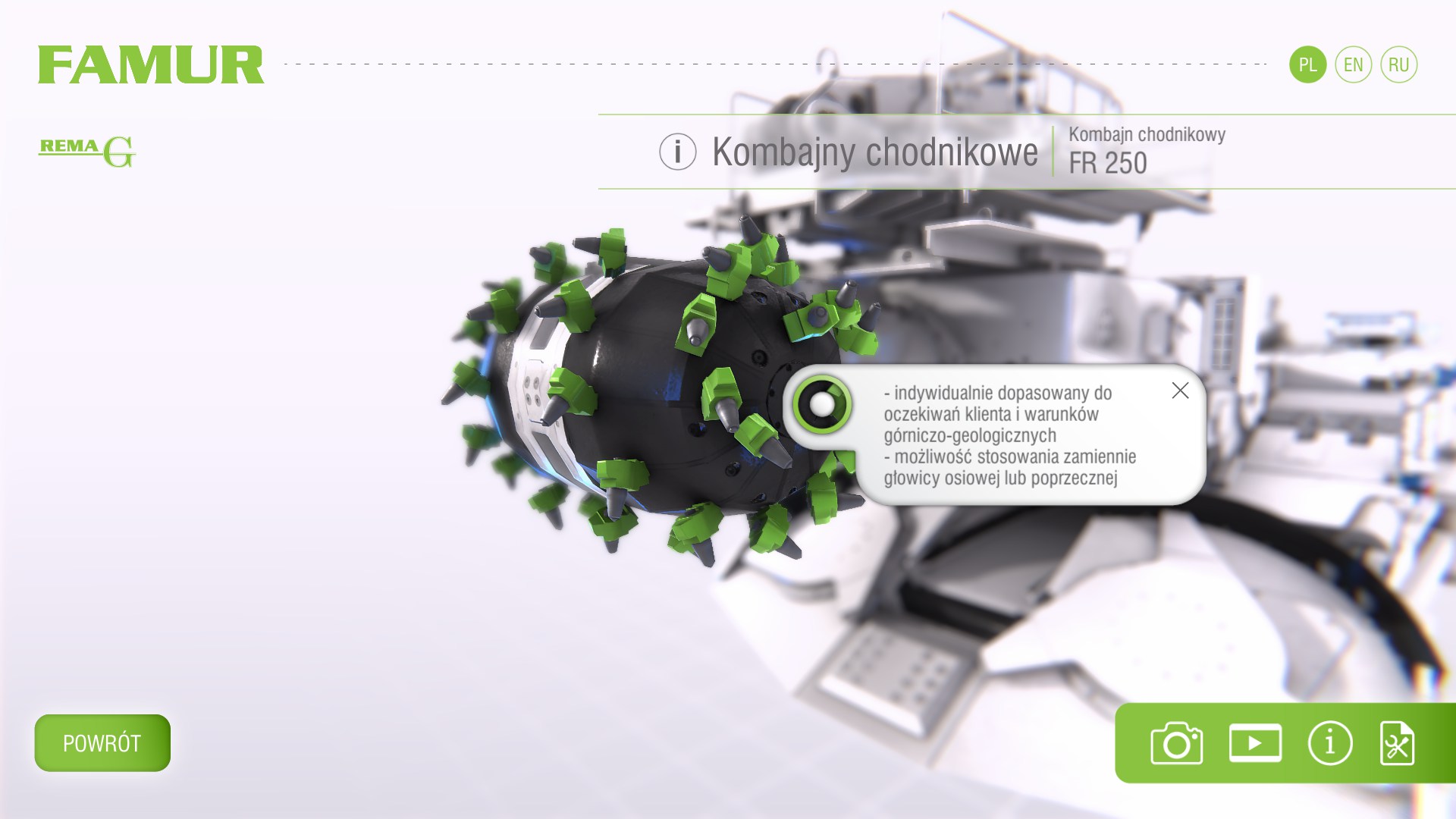 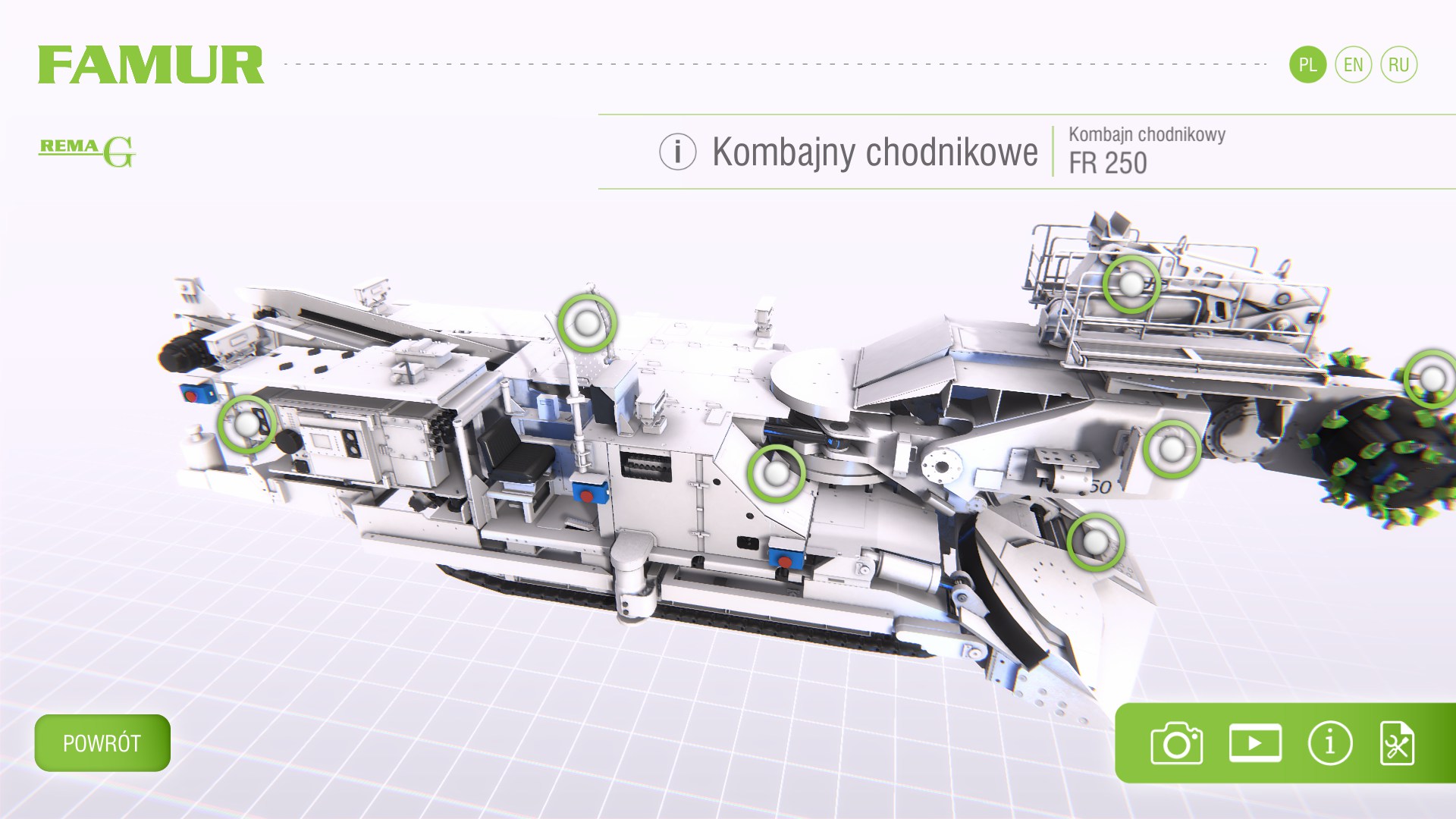 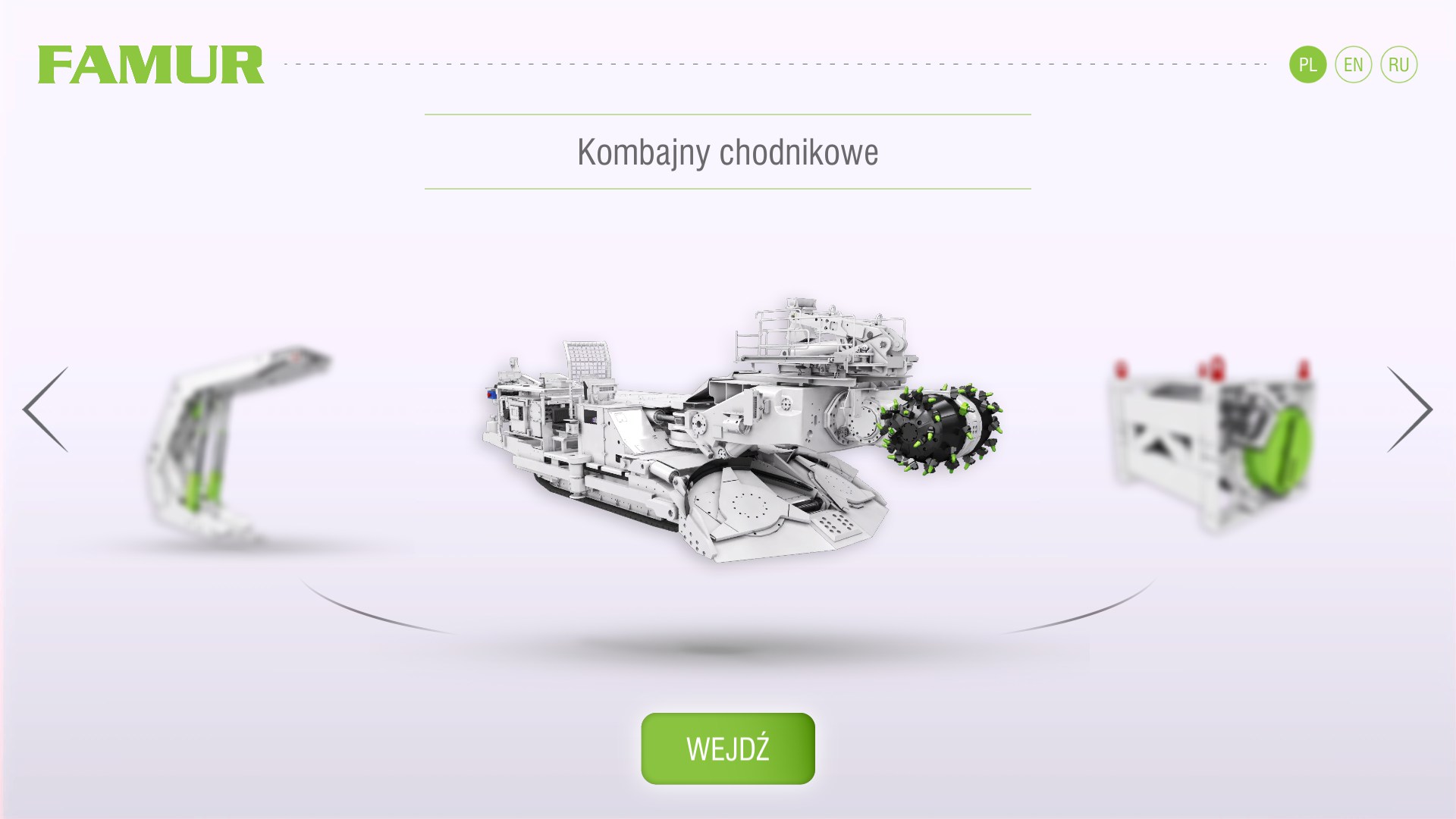 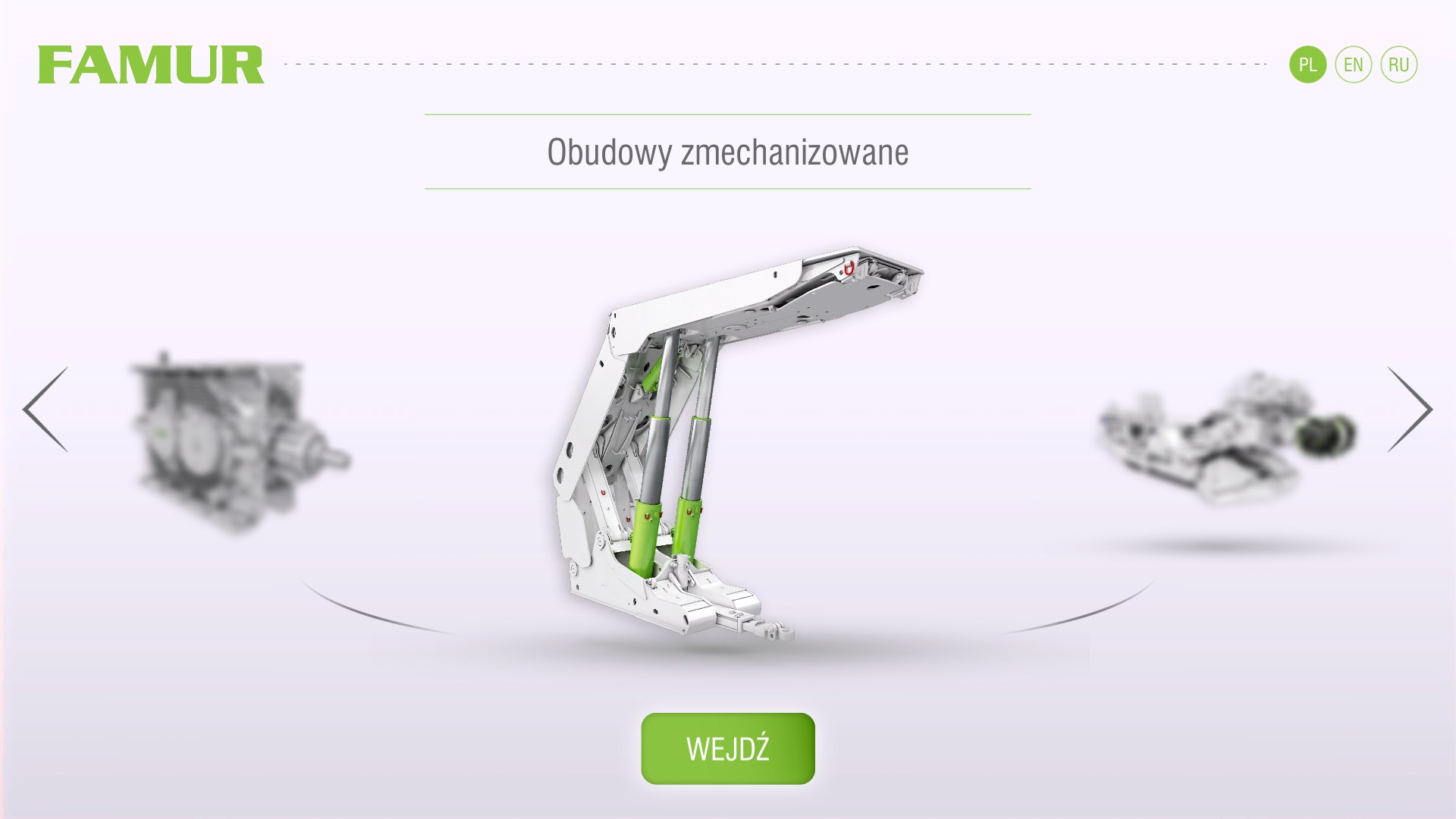 For the FAMUR company – one of the leading mining machinery manufacturers in Europe – we have created a virtual catalogue of products. The application had its premiere at the International Fair of Mining, Power Industry and Metallurgy in Katowice in 2017, and now serves as a support for sellers.
The application has been prepared in three versions: VR (HTC Vive), touch table (later trasferred to mobile devices) and touch screen. The version for the touch screen is additionally equipped with an RFID reader which, after placing a physical model with an NFC sticker in a designated place, recognizes the device and displays its model on the screen.
The VR version made it possible to view the longwall system and each model of the device up close.
The application contains 24 detailed models of mining machinery and equipment, divided into several categories / groups of products. Each model has several interactive points with additional information. After choosing a given model, you can rotate it 360 degrees, zoom in, view its technical parameters, information about the producer, photos and videos from the device operation.

About 200 interactive points with expanded information